Especially given the weather...I couldn't resist a festive sneak preview...


*
Winter wasn’t right this year.
It seemed normal enough in the city of London. The weather was cold, the streets were full of shoppers, and there were Christmas songs on the TV and Radio. School finished and the holidays started. Children played in the park, wrapped up in coats and hats and thick woollen scarves.

But winter wasn’t right this year. And only Stella knew it.

Stella’s parents were in the kitchen having breakfast. Dad served the coffee and peeked over Mum’s shoulder at the newspaper.

‘I see there’s a new exhibition on at the Modern Art Gallery,’ he said.

‘We could go and see it after we take Stella to the theatre,’ said Mum.

‘That would be nice,’ said Dad. ‘I’m just so excited about seeing Barry Hercules! They say it’s the greatest magic show ever!’

‘What?’ said her parents.


*
Stella and her parents stood in the doorway looking out at the street. The sky was thick with black clouds and the cars had almost disappeared underneath a deep sooty layer of snow.

Stella looked at her parents.

They looked at her.

Dad reached down and picked up a handful.

‘Looks pretty normal to me,’ he said. He made a snowball and threw it at Stella.

It exploded with a PLOOMPH on her coat. It left an oily stain.

Mum reached out and put her hand on Stella’s forehead. ‘Are you getting a temperature, darling?’

‘I think she’s overexcited,’ said Mum. ‘With the trip and all.’

‘Probably,’ said Dad. ‘Come on, Stel, let’s have some breakfast. Plenty of time for excitement later.’

Stella scowled as her parents led her back in doors.

Soon the family would be off on their special trip to the theatre.

And by the end of the night, Stella’s parents would disappear from the face of the Earth. 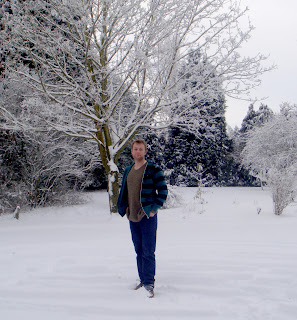